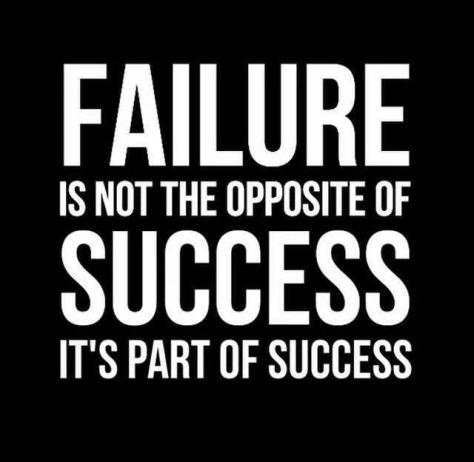 1. It’s fine to celebrate success but it is more important to heed the lessons of failure.” – Bill Gates

2. I don’t know the key to success, but the key to failure is trying to please everyone. – Bill Cosby

3. “There is only one thing that makes a dream impossible to achieve: the fear of failure.” – Paulo Coelho

6. “A man may fall many times, but he won’t be a failure until he says that someone pushed him.” – Elmer G. Letterman

7. “The man who moves a mountain begins by carrying away small stones.” – Confucius

8. “Success consists of going from failure to failure without loss of enthusiasm,” Winston Churchill

9. “Failure is the condiment that gives success its flavor.” – Truman Capote

10. “Don’t worry about failure; you only have to be right once.” —Drew Houston

11. “Failure is a detour, not a dead end street” -Zig Ziglar

12. Failure doesn’t mean you are a failure…it just means you haven’t succeeded yet – Robert Schuller

13. Many people dream of success. To me success can only be achieved through repeated failure and introspection. -Soichiro Honda

14. “Success is most often achieved by those who don’t know that failure is inevitable.”- Coco Chanel

15. What we call failure is not the falling down, but the staying down. Mary Pickford

16. “Fear of Failure becomes Fear of Success for those who Never Try Anything New.” ~Wayne Dyer